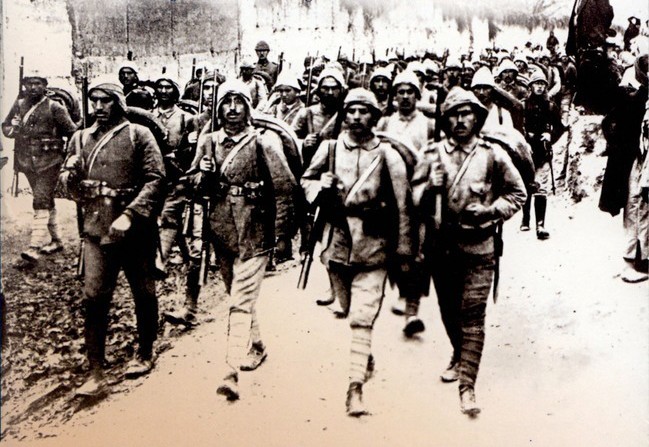 This semester Jaci and I co-moderated an honors reading group for the book A Peace to End All Peace by David Fromkin. I was interested in the book since it concerned the region that I visited last summer, and I wanted to gain historical background not only about the region but also about the Middle East as a whole, since my knowledge of Middle Eastern affairs is limited.

The book begins on the eve of the first World War, a time when the Middle East was one of the only regions in the world not shaped by colonial Europe. As war breaks out and victory over Ottoman Empire seems within reach for the Allies, these major powers begin to discuss the fate of the conquered territory. The books tells of the guises the Allies adopted – concern for the people of the Middle East, protection, Zionism – to justify partitioning the Middle East according to arbitrary boundaries.

An aspect of the book that was interesting to me was the lack of preparation the main figures in the British Government had for their executive positions. While they could compose easily in Latin and Greek, they did not know an iota about the Middle East. Thus, they made decisions that were harmful to region and not in the interests of the peoples concerned, as Woodrow Wilson said they would be. A broad education did not adequately prepare these men to make these kind of decisions. I now recognize the importance of experts qualified to make policy decisions that affect people worldwide. The liberal arts still hold a critical place in the world, but so does specialized knowledge. The failure of the Allied leaders to recognize the limitation of their knowledge was prideful and foolish.

A Peace To End All Peace was not an easy read. Since I usually tear through books pretty quickly, I the time this book would demand of me. However, I am glad that I read this book. I feel that the perspective I have gained on the Middle East – and on competence – has been invaluable. More importantly, this book has taught me much about the importance of cultural competence and specialized knowledge and the damage that thoughtless decisions and unbridled foreign intervention can wreak. A Peace To End All Peace is not just a thorough historical look at the decisions made during and after World War I. It also contains deep truths about human nature that anyone, history buff or Middle East expert or not, can understand.