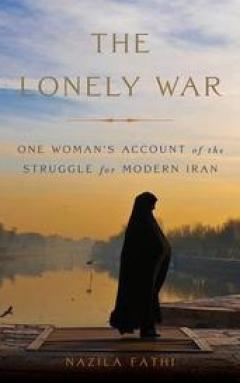 Earlier this semester, Nazila Fathi, a prominent Canadian-Iranian journalist and correspondent for the New York Times spoke before a signing of her book, The Lonely War. She told about her experiences in Iran before, during and especially in the years after the revolution under Ayatollah Kholmeni’s Islamic regime.

Fathi was given an assignment about young Iranians’ attitudes toward martyrdom. The assignment proved difficult because not one of the students she interviewed said they were willing to die for their freedom. Most Iranians, she said, simply don’t want to be martyrs. Rather than a bloody uprising, they hope for gradual change; they are unwilling to make the change happen through risking their lives.

Fathi’s speech was tinged with optimism for Iran’s future. Although the Islamic regime’s propaganda has changed the way the West sees Iran, she says the country is becoming more and more open. I was surprised to hear that Iran is seeking to promote its tourism industry, that many Iranians own modern technology such as smartphones, that the middle class is large and growing, and that (except for the veiling of women) society is quite secular. She is hopeful for a resolution on Iran’s nuclear deal.

I am not knowledgeable on Iranian affairs, so I was surprised to hear Fathi express how open the country is becoming. I look forward to hearing more speakers like Fathi in the coming semester.